Here’s a German video (with subtitles) that explains just what PCM is, and how it works. 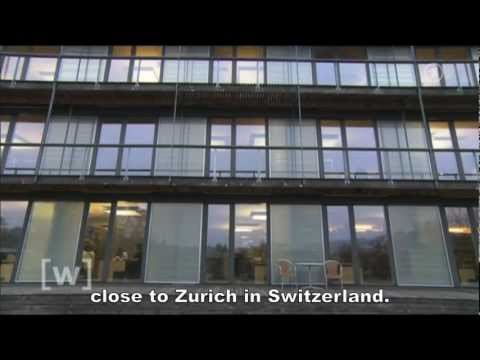 We are excited to have won the Solar / Solar Control Category Award for Site Generated Energy.

“Greenlite Glass Systems’ GlassX is a much needed push forward in glazing technology.”

GlassX from Greenlite Glass Systems triple-glazed insulating unit uses phase change change material (Crystalline PCM) to absorb, store and release solar and thermal energy. This passive energy storage system activates when solar/thermal gains reach 70 to 86 F. Solar envelopes designed within GlassX can reduce heating and cooling energy cost by 50%.(more...)
Original article written by: Architectural Record Magazine
Introduced to the North American market last June at the AIA show in Miami, the GlassX glazing system incorporates a salt-hydrate phase change material (PCM) that stores energy from the exterior temperature and reuses it to either heat or cool the building as needed, putting less pressure on the mechanical HVAC systems. Achieving U-values up to 0.08, GlassX is a quadruple-glazed sealed unit that is made up of three separate insulating glass units (IGUs), a prismatic solar filter that deflects high-angle sunlight, two low-E coatings, and a PCM core. “GlassX would have a similar R-value to something like concrete, which is pretty much unheard of in the glassfacade arena,” says Ryan Dennett, president and C.E.O. of Greenlite Glass Systems, the exclusive distributor of GlassX in North America.(more...)
Original article written by: BuildingGreen.com
GlassX, a new high-tech glazing from Europe with heat-storing phase-change material (PCM) has just been introduced in North America. This remarkable glazing was developed by the Swiss company GlassX AG over the past 15 years and is licensed to the international building products company Saint-Gobain (parent company to CertainTeed), which is manufacturing the product in Austria and Germany. While GlassX is available in various configurations (at least in Europe), here’s how the version with all the bells and whistles (GlassX Crystal), which is being marketed in North America, works: An outer insulated glazing unit (IGU) has a suspended prismatic filter (like a Fresnel lens) between the panes of glass that reflects higher-angle sunlight back out while transmitting low-angle sunlight. This offers a “passive” solar-control mechanism for south-facing glass to keep out most of the high summer sun, while benefiting from the lower-angle winter sun. (more...)
Original article written by: Detail Magazine
Architects Dietrich Schwarz and Peter Silber have built three residential block prototypes which are now used for the purpose of examining building-related energy issues. The glass technology used for the facade of the retirement apartments in Domat/Ems was supplied by manufacturer GlassX. Dietrich Schwanz is using newly-founded GlassX AG to distribute and market his innovative compound glass, thereby supplementing their range of noble-gas-filled insulating glass. In addition to salt hydrate-filled glass (»GlassXcrystal«), Dietrich Schwarz, together with ETH Zürich and EPF Lausanne, is carrying out research, as part of the EU project COST C13, into water-flowed insulating glass (»GlassXliquid«), which can draw off, introduce or distribute energy. (more...)

Why you need to build with GlassX?
Here are just a few of the great reasons.

What’s the Deal with PCM

How does GlassX know what season it is?

How much can GlassX save?